A suite of new and amended Auditing Standards is set to change the auditor reporting landscape for public listed companies. Introduced by the International Auditing and Assurance Standards Board (IAASB) after a six year process informed by academic research, public consultations and stakeholder outreach, the new requirements respond to calls for more informative and communicative audit reports in the public interest.

Among the most significant of the new requirements is for the inclusion in the auditor’s report of a section on ‘Key Audit Matters’ (‘KAMs’), i.e those matters that, in the auditor’s judgment, were of most significance in the audit. These could include areas of higher assessed risk of material misstatement in the financial statements, those requiring significant auditor and management judgement and estimation uncertainty, and the effect on the audit of significant events or transactions that occurred during the financial period. KAMs could further include areas in which the auditor encountered significant difficulty during the audit or with respect to obtaining sufficient appropriate audit evidence; circumstances that required significant modification of the auditor’s planned audit approach; and the identification of a significant deficiency in internal control. The auditor would be expected to explain how the Key Audit Matters reported on were addressed in the audit.

Other requirements introduced include stating the respective responsibilities of management and the auditor for assessing going concern (i.e. the entity’s ability to continue in business in the foreseeable future), and challenging the adequacy of disclosures when going concern is a “close call”.

In its recent announcement of the new requirements, the IAASB, stated that enhanced auditor reporting is critical to influencing the value of the financial statement audit and to the continued relevance of the auditing profession. The IAASB intends for the new requirements to result in an auditor’s report that increases confidence in the audit and the financial statements. In addition to increased transparency and enhanced informational value of the auditor’s report, the IAASB believes that the changes will also enhance communications between investors and the auditor as well as between the auditor and those charged with governance, i.e. Boards and Audit Committees. The IAASB further believes that management and those charged with governance will direct increased attention to financial statement disclosures to which reference is made in the auditor’s report. The renewed focus of the auditor on matters to be communicated is expected to also indirectly result in increased professional scepticism during the audit.

The IAASB is an independent standard-setting board established under the auspices of the International Federation of Accountants. The primary beneficiaries of the IAASB’s work on auditor reporting are expected to be investors, analysts and other users of the auditor’s report. The reporting of KAMs is expected also to assist users of financial statements in understanding the audited entity and to provide a basis to further engage with management and those charged with governance.

The Malaysian Institute of Certified Public Accountants (MICPA), in recognizing the importance of the new and revised Auditor Reporting standards and the urgency in preparing the business community and other stakeholders in Malaysia for the changes that they need to implement to comply with these new requirements, is leading and participating in a joint working group set up together with the Malaysian Institute of Accountants to address the implementation of, and transition to, the new standards.

Co-Chairman of the joint working group and Chairman of the MICPA’s Accounting and Auditing Standards Committee, Sukanta Dutt says “the new requirements on Key Audit Matters would be a game-changer in auditor communications through the audit report on financial statements of public companies.” Sukanta added that “whereas hitherto the auditor’s report has mostly been boiler-plate unless there has been a need to issue a qualified report or other form of modified report, the requirement for a Key Audit Matters section will mean that public company auditors will need to communicate in the ordinary course regarding matters of most significance to their audit of the financial statements.” He further said that “such commentary should enhance the understanding of audit and related reporting issues, of users of these financial statements.” 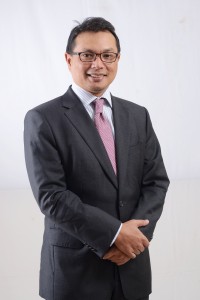 Report will not be a straight-forward process to auditors, the listed companies and the capital market, as a whole. There are challenges and potentially significant implications which will require careful consideration and planning by all parties and stakeholders including regulators, directors, financial statement preparers and auditors.”

The new and revised Auditor Reporting standards will be effective for audits of financial statements for periods ending on or after December 15, 2016.

2021 MICPA All rights reserved.
Back to Top